The latest version of Windows OS, Windows 7 will be shipped with a new version of Windows Media Player. The Windows Media Player 12 that will be shipped with Windows 7 will have many new features. The UI itself is brighter and lighter than the older version. I feel the Interface will be pretty same with just few minor tweaks. Windows Media Player 12 completely separates library management from what’s currently playing, with two distinct player modes; Now Playing view, and Library view which is different from the older version. The Library view contains all the library manipulation features and the Now Playing view contains the current playlist, visualizations, and videos.

There is also a miniviewer on the Windows 7 Taskbar. Apart from this there are plenty of small refinements like automatic previewing of a song; which plays a 15-second preview of the song. Windows Media Player 12 supports formats like H.264 video, AAC audio, and both Xvid and DivX video in addition to the other formats which it used to support. This is the best thing I liked about the new version. Windows Media Player 12 allow browsing not only of WMP libraries(which is there in version 11), but also of iTunes libraries. 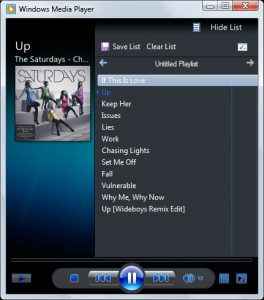 Windows Media Player 12 makes it easier to play back audio or video on remote devices with a feature called “Play To.” With this you can stream Music to other computers in your HomeGroup. There are plenty of other features that we will come to know once it is released.

Whenever the data which is requested by your system is not being found in the memory location, this blue screen STOP message is shown. This is a normal indication that the system is searching for data in the page file, hence generating a fault. For this bsod error message, the faulty data is considered to…

Mahjongg is a hot pick game mainly for those who enjoy and make most of the time playing small games. Ivory is one such miscellaneous 3D game which is available for free. It is basically a solitaire tile matching game. It comes with a very good collection of themes with decent graphics that gives a…

What is msvcr100d.dll? Msvcr100.dll is an acronym for Microsoft Visual C Program Runtime version 100 dynamic link library. It is an essential part of the Microsoft Visual C++ redistributable package and is required by all applications build using latest Visual Studio platform. System Location You can find this file residing under the following address location…

It is really very difficult to work with colors. For professionals it is really a difficult task to get the accurate colors from the screen to the print. So if you are also working on colors and are looking for a software which will help you with centralized Control Panel interface for managing ICC color…

Few days ago I came across a friend who is having a big problem. He actually forgot the administrator password for his Windows Vista PC and he was unable to know what to do to proceed. I even searched along with him for some password recovery tools but we could not find a suitable solution…

It is common that we forget or loose the serial key for softwares installed on our machine. SoftKey Revealer is a tiny utility that hunts the serial numbers for more than 700 purchased or registered programs on a Windows system. Its speedy search function is launched on running the program. And once it’s done you…