Many people are eagerly waiting for the Android Mobiles. Finally the Google Android Mobile Phones will make their debut with T-Mobile and HTC. It is suppose to gain a market share of 4% in its usage among smart phones in U.S. Even with the problem from subsidies from operators; a brand image of Google will make impact over the HTC and T-Mobile sales. HTC smartphone maker with T-mobile service provider announced that they will employ Android in its Mobiles. Google, T-Mobile, HTC, Qualcomm, Motorola and many others formed a group who support Open Source. They said that the Android is one of its kind and truly a complete open source platform for all the mobile devices. 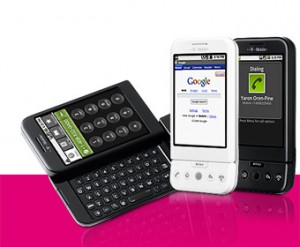 If anxious to know how exactly the Googleâ€™s Android packed HTC will look like. I guess it would be a touch screen version with slide out and full keyboard. It’s just my guess and until we see the prototype we cannot predict anything. Pricing is expected to be in sync with that of price of 3G at around $199. This will attract the attention of consumers rather than the business class of the users. It will be more addictive for users who use Googleâ€™s services like Gmail, Reader, Blogger and calendar etc. 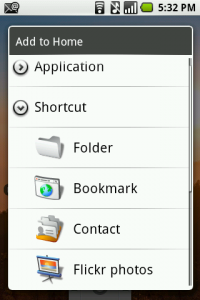 All the smart mobiles are priced below $200 to survive the competition in its category. We need to see how exactly Android is productive for Business Users since it is also included in the smart phones. We need to think of the capabilities Android posses like; Does it have a kind of exchange support to Microsoft Office? Can we do better with Music and Videos? Will there be many third party applications? etc. The Googleâ€™s Android is will definitely make Google play an important role in the mobile operating systems segment.

Announced along with its larger cousin HTC Design HD earlier this year in September, finally HTC Desire Z has hit the markets. To its credit HTC Desire Z happens to be the first Android 2.2 HTC handset which features a slide out keyboard and going by the list of features, it seems that HTC Desire…

It is a well known fact that mobile phones have become a part and parcel of one’s living. The phones are no longer seen as devices which are used just to make calls and sent messages. Mobile applications have gained tremendous boost over the past few year and the demand for mobile apps have increased…

Yesterday I got a chance to try the Sony Ericsson W595 mobile. The W595 mobile from Sony Ericsson is simply incredible in all the ways. If you really care for a style statement then you can just go for it. It is for those who really feel that your mobile must have a cool look….