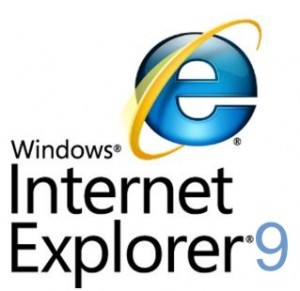 browsers like Google Chrome, Safari, Firefox, Opera and others. With the launch of its latest web browser Internet Explorer 9, the software giant is looking forward to reestablish its authority in the browser market and it seems that the Internet Explorer 9 will play a vital role in bringing back good old days of Internet Explorer (IE).

Microsoft has focused on speed on IE 9. The speed of IE9 is similar to that Chrome and another feature added in the browser is pinned tabs. This feature allows users to pin tabs and bookmarks for faster access to their favorites. Appearance of notifications on the bottom of the screen rather than pop-ups is another great feature of IE9. Microsoft has also tried to keep the interface of IE 9 clean, neat and user-friendly. To download Internet Explorer 9, click here.

Now Google is on a new mission to provide high speed internet access to all even those who are not connected till now in the world. In venture with HSBC and Liberty Global it has come up with a startup named O3b networks which clearly means for Other 3 billion people who still canâ€™t have…

It is a well known fact that mobile phones have become a part and parcel of one’s living. The phones are no longer seen as devices which are used just to make calls and sent messages. Mobile applications have gained tremendous boost over the past few year and the demand for mobile apps have increased…

After Yahooâ€™s oneSearch with Voice its now time for Google. Google is now offering a voice based search for Apple iPhone users. Now with just a simple voice based system you can search for your favorite hotels and shopping malls. Google Voice Search will be available on the Apple iTunes store from Monday. So without…

Do you want to find out that in which countries your family name is most common? You can do so with the help of Public Profiler‘s World Names search and map. You just need to enter your last name and the result shall be that you shall get back a world map colored with the…

As promised by OLPC to produce the sub $100 laptops on a large scale made them think actually how a laptop looks like and how big the screen, keyboard and other parts would be. The operating system that would be on it was also to be given a thought. They had finally decided to increase…