The Giant Tech company Microsoft was set to lay off people on January 15th, 2009 and is no longer a rumor but its actuality. Staff at Microsoft office have been clued-up that the company is preparing for major jobs quit to its international operations. It is conceived that this major layoffs are not a small cut. According to some sources, there is a chance for about 15,000 employs across the world to be handing the marching orders and currently Microsoft has about 90,000 employs under it. This is about 17 percent of Microsoft’s total employs are expecting their walking papers and it is not a small count. 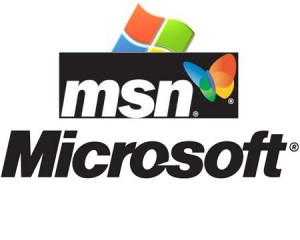 So far the sources confirmed about which departments are in the hit list and one of them is MSN department carrying the large number of layoffs. People or employs working in the Xbox 360 departments are in safe zone. These layoffs may take place a week before Microsoft’s Q2 earnings report, which is on 22nd of January 2009. We will soon bring you the full report of this hot topic.

Japanese multinational conglomerate Toshiba Corporation has announced the launch of the world’s first series of self-encrypting drives integrated with Wipe Technology. The technology allows users to determine a wide range of security settings which ensures protection of sensitive data. The technology offers three level of security which ensures that sensitive information is protected and does…

Google had added a new layer of security for the administrators of Premier Edition of Google Apps. This feature gives more control for the admin over the passwords chosen by the users. All these additional security measures will ensure that only authorized users are accessing the information from Google Apps services like Google Docs, Google…

Many people are often fed up keeping their business cards with them since they either forget to reload or spoil it. Here I came across a new trend available right now from Contxts which is an SMS based solution for it. For this to work all you need is to just give the Username and…

A new 256GB solid state drive(SSD) with a 120MB max read and 70MBps write via 3.0Gbps SATA interface is been launched by Toshiba. Though it is not the fastest consumer SSD in the market is it not a bad idea to buy one. This SSD is 2.5-inch and measures 3.0-mm thick. Laptops and Netbooks which…

As promised by OLPC to produce the sub $100 laptops on a large scale made them think actually how a laptop looks like and how big the screen, keyboard and other parts would be. The operating system that would be on it was also to be given a thought. They had finally decided to increase…