Mozilla has released the latest Firefox 3.1 beta for public download. It is mainly intended for Developers and testers. It has got many new features and improvements for better performance, web compatibility and speed. The main Buzz words are Security, Ease of Use, More Personal, Improved Platform for Developers and Improved Performance. 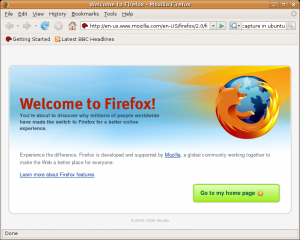 The latest Firefox 3.1 beta is based on the Gecko rendering platform. The latest version has an enhanced Smart Location bar, faster Javascript engine(TraceMonkey) and new tabbed Interface. It also includes the support for CSS 2.1 and CSS 3. It has also got the support for new web technologies like Web worker threads, W3C Geolocation API, SVG (Scalable Vector Graphics) transformations, Video and Audio elements and Offline Applications.

All in the news after the survey, a huge number of comments, requests, suggestion from around 600,000 users of the familiar social networking site Facebook finally made a overhauling in design, appearance persistent. The one such new thing is external applications from third party are now can be easily integrated and with change in the…

Much Awaited PS3 Slim Coming Soon Finally the much awaited PS3 Slim is about to hit the stores with an affordable price tag of $299. The PlayStation 3 Slim is coming to the stores on September 1st across North America and Europe. But if you are in hurry you can get it from Amazon which…

When you are designing a Website it is advisable to use Web safe colors. Colors are generally specified in either RGB triplet or Hexadecimal Format. For example RGB(255,0,0) or #FF0000 are same and denotes RED. The VGA color set consists of 16 named colors. These colors are originally used as the standard EGA color palette….