The walkman series of mobile phones by Sony Ericsson have been received accolades because of their value rich features. Sony 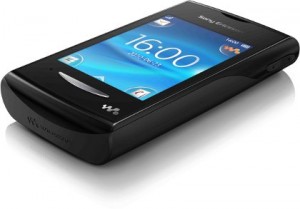 Ericsson Yendo is the first touchscreen walkman phone of the firm. After finding Xperia X10 Mini, Mini Pro and Xperia 8 interesting we were pretty much tempted to review Sony Ericsson Yendo Mobile Phone.

At a first glance Sony Ericsson Yendo looks pretty much similar to Xperia X10 Mini thanks to the similarity in designs and user interface. However, Sony Ericsson Yendo is a solid touchscreen phone which is made up of plastic. There phone feels solid on hands and the soft-touch matter covering the back of the phone gives it an elegant look.

Sony Ericsson Yendo dimension measures 93.5 x 52 x 15.5 mm and the phone is quite light on your pocket weighing just 81 grams. The 2.6 capacitive touch-screen of the phone is capable of displaying 256K colors measuring 240×320 pixels. The quality of the display is relatively good if not spectacular and we felt that the resolution of the screen could have been made better.

Sony Ericsson Yendo gives you the experience of Walkman phone and with number of color combinations you can personalize the handset as per your mood. Some of the standout features of the phone are

The phone is powered by a 156MHz Processor and is available in several colors such as Black, Blue, Green, Red, Silver and many more. We reviewed Sony Ericsson Yendo Black because we loved it over other colors. To know the full specs of the phone click here.

The connectivity of the phone is not so robust as it supports only 2G network. There is no support for 3G and Wi-Fi. The phone 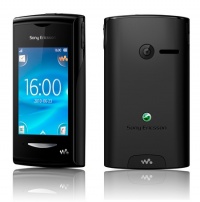 The phone comes with an FM radio which has a simple interface. The FM radio automatically scans the area and finds out the various radio stations available in the area. The video player of the phone has also simple interface and MP4 videos played are quite decent. The phone however is not capable of playing DivX/XviD or AVI files.

The phone is equipped with a 2 mega-pixel camera which is capable of clicking pictures of resolution measuring 1600×1200 pixels. But the camera lacks advanced features and lack of flash makes it extremely difficult to click snaps in dim light. Sony Ericsson Yendo Video recording is also not that impressive and the phone allows you to record videos at the rate of 30fps.

The phone announced in June 2010 has been launched in October 2010.

The phone is powered by a standard Li-Po 970 mAh battery which offers a talk time of around 3 hours and a standby time of approximately 300 hours.

Corby â€“ Affordable Stylish Touch Phone From Samsung Mobile Samsung S3653 Corby is aimed at tech-savvy, young and fresh audience, who like to personalize and customize their phones. Just like its target audience, the phone is stylish and has a fresh look. This entry level touchscreen can make it big as it quite nicely seems…

Nokia has been trying hard to compete with brands like HTC, Samsung, Motorola etc in the smartphone segment by coming up with value rich handsets. Nokia C3-01 Touch and Type is another offering from the Finnish mobile phone manufacturer aimed for users longing for easy access to messaging and social networking sites. However, the phone…