I really love to own a BlackBerry. There are many features in BlackBerry which are not available in other mobiles. I was very happy when I heard that BlackBerry is releasing some flip model mobile phones. Research in motion RIM has announced the first ever one of its kind flip version of Blackberry its called BlackBerry pearl flip 8220 along with Bold as the another variant considered to be the fastest Blackberry till date. Itâ€™s going to be from a US telecom carrier with 3G supporting features and also available in Japan and Korea. 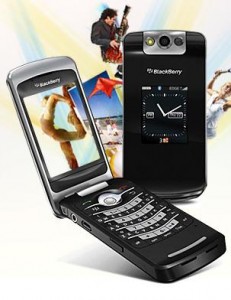 The Flip variant is based on quad band and used EDGE for enhanced data transfers with a couple of displays with high resolution. The internal screen which large enough is meant for viewing web pages, videos and messages etc, while the outer screen is for to have glimpse of the messages received and calls so on eliminating the need to open the device.

The Flip version of Pearl has improved HTML based browser to surf through and can view web pages in column and page views in desktop style or mobile kind of experience. The notable features include the sure type technology; it has an in built Wi-Fi 802.11 B/G kind and does support UMA. It is shipped with DataViz Documents and Go software suite to view, handle and editing Microsoft Word, Excel and PowerPoint files types. 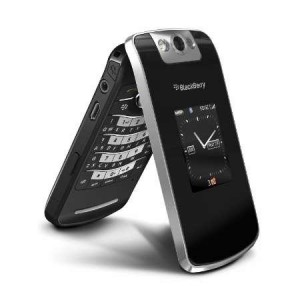 In addition it has a 2 mega pixel camera along with a flash, zoom and video capture features. A memory card slot meant for external micro SD card. Obviously includes BlackBerry Maps and works using RTSP to watch videos online. From the sources of AT&T press release the other version Bold is supposed to have a 480X320 screen resolution as is black and chrome in appearance. The display is Half VGA color and the keyboard is QWERTY full version. The Bold has in built GPS and Wi-Fi support, 624 MHz mobile processor makes it double efficient and faster than its previous ones with 1GB memory storage and the browsing would be only in desktop style.

Nokia N85, the latest Nokia Nseries multimedia cell phone was unveiled by Nokia. New standards for mobile entertainment, gaming and sharing are set by N85. The Nokia N85 cell phone redefines the mobile experience by the eye-catching 2.6â€³ OLED screen and smooth, sleek finish. There are several features supported in this one mobile device N85….

When Samsung launched S8500 Wave, the same created huge wave in the smartphone market and now with the launch of Samsung S8530 Wave II, the South Korean brand plans to take this wave to the very next level. Loaded with high-end features, Samsung S8530 Wave II is might very well give its counterparts a run…

Samsung is on the verge of launching another touch-screen smart phone based on the Android platform. Other variants released earlier on the same platform were the Galaxy & the Galaxy Spica. â€œSamsung I5800 Galaxy 3 (a smart, social media power house) is totally different from those handsets and comes with a very improved software personalization,…