Looks wise, this Google Android smart-phone is not a great leap from the original Milestone models. It is of the same shape and size. It weighs 169 g and measures 60 X 116 X 14 mm. The black and chrome model comes with an almost similar sleek appearance. The QWERTY keyboard is spacious and has raised keyboards. This makes typing an easy affair for users. 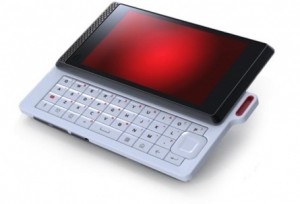 The 3.7 inch WVGA, capacitive touch-screen display adds to user comfort and enhances the look of the cell phone. The multi-touch feature adds to the input comfort. The screen resolution is 480 x 854 pixels. The screen can display 16 million colors and has anti-reflective coating.

The specifications of Milestone 2 include

The model also consists of a virtual Keypad with Swype. It lets users input text into the screen. You can use this as an alternative for the external Droid 2 keyboard in the phone.

The model offers you many cool new features. The usual Milestone features have been improved. The multimedia facilities of Milestone 2 consist of music player, camera and video player. Both 3.5 mm wired headphones as well as Bluetooth stereo headsets can be used with the music player. A highlight of the media player is its ability to display lyrics and artist information of a track that is being played. There is no FM Radio facility. However, you can use the high speed 3G network to listen to internet radio. The 5 mega-pixel camera comes with dual LED flash and auto-focus capability. It lets you capture and play 720p high definition videos. The digital camera also includes advanced features like Photo Geo Tagging, real-time color effects and Image Stabiliser. You can also crop, rotate, zoom and edit all the pictures that you capture.

A highlight of this awesome smartphone is its terrific Moto Blur service. It was first seen in the Motorola Dext phones. The Milestone 2 also comes with Moto Blur. This cool service updates your social networking status as well as your e-mail accounts. 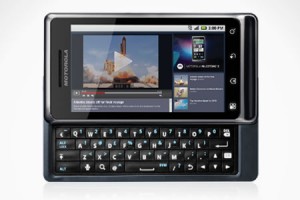 Communication is a cakewalk with the Milestone 2. The model has IMAP/POP support. There is provision for Gmail email exchange facility. There is support for social networking sites like Twitter, Myspace and Facebook. You can easily integrate and import contacts. The unique text to speech feature makes your networking more comfortable and attractive. The HTML Internet browser supports flash and lets you view your favorite Youtube videos with ease. The 3G HSDPA technology with WiFi internet gives you a high speed browsing experience. It also lets you create a 3G internet hotspot. There is also support for Outlook mail and webmail.

The mobile has a total 40 GB storage capacity. The internal memory is 8GB and you can extend it up to 32 GB with micro SD cards.

The Milestone 2 comes loaded with a full range of Google suites and softwares. The Google applications include softwares like Google Search by Voice, Google Maps Navigation, Google Maps with Latitude and Street View, Google Talk and Google Search. There is also a Quick Office Document Viewer and Enterprise Exchange support.

The super sleek Milestone 2 is available at around 450 euros.

The phone has not made great advancement over its predecessors. The touch screen is not as responsive as the Droid X model. Another weak point is that you have to remove the battery to access the microSD card. Also, you have to recharge the battery if you use the cell phone constantly for an entire day.

On the positive side however, the networking capabilities of the Milestone 2 have improved vastly. The internet hotspot offered by the mobile can support up to 5 devices. The earlier Motorola Milestone models were not as powerful. The browsing capabilities have also enhanced much to the pleasure of users. The spaced out rubberized plastic keys make typing very comfortable.

On the whole, the Milestone 2 offers great value for money. You can safely purchase this sleek model and avail its excellent features. The sleek black Motorola Milestone 2 can make an enviable possession for you.

Hope you enjoyed the share. Let us know about more Reviews which you think should be added to the list.

Samsung Delve will be hitting the market in November. But recently some of it’s images are leaked. I guess the device is still in the Beta phase so even Samsung is not speaking about it. The mobile looks like a mixture of Samsung Instinct and Samsung F480. The mobile features a 3.0″ display and supports…

5 and 8 megapixel shooters have been around for a while now, giving small cameras a run for their money.

When you talk of BlackBerry, the image that crops up in your mind is of a phone with full QWERTY keypad facilitating texting and e-mailing. BlackBerry Torch 9800, is the latest offering from Canadian firm Research In Motion (RIM) for smartphone buyers. With intense competition in the smartphone segment, thanks to devices such as HTC…