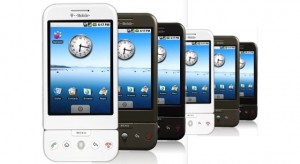 In a Fierce Wireless interview, T-Mobile USAâ€™s VP of engineering and operations, Neville Ray, brought out some plans of T-Mobile USA for 2009. He also added that along with their other products T-Mobile has also planned to launch more G phones and HSPA capable Smartphones. So you have to wait for some more time to have T-Mobile G2 in the mobile market. The second generation Android cellphones from T-Mobile G2 made by HTC will be thinner, shinier, sleeker and slimline touchscreen with no keyboard and the back looks very smooth. It may come with 3.2 megapixel camera and an interface “very similar” to the G1. They are expected to be in the market by Mid-May of this year.

Solar Powered Mobile Phone Samsung has once again hit the mobile market with unique concept. This time it is a solar cell phone. It is E1107 Crest Solar cell phone and one of the first such cell phone made for the commercial market. The phone is basically targeted for the Asian, European, and Latin American…

8 MegaPixel Camera Phone From Nokia Technology has again reached a newer horizon. Nokia is again ready to steal the show. This time it is with its brand new N86 8MP phone. A phone with which people gets an access to load of facilities. The best part of this model is its 8 mega pixel…

If you are a big Iphone fan then you should try out the LG KM900 Arena. This smart phone is set to give the iphone a run for its money. The KM900 has a 3 inch WVGA screen with a video call camera at the top and 3 touch buttons at the bottom. A brushed…

Many people including me have been waiting for a very good Touch screen Mobile from Nokia. Finally Nokia has released it’s Touch Screen Mobile based on famous Symbian Series60 OS the “Nokia 5800 XpressMusic” handset. The 3.2″ Touch Screen LCD is very impressive with 640 x 360 resolution. The mobile features fingertip, stylus and plectrum…