Dream about owning a smartphone that can also double as a laptop? With the new Motorola Atrix 4G, it seems your dream is finally going to be actualized. Check out the Motorola Atrix 4G Preview and see why everyone is going gaga about this phone.

Even when phones had not become so “smart” as they are these days, Motorola was one of the big daddies around. Motorola phones used to be a talking point among earlier generations. Though the latest Apples, Blackberries and Nokias have left it bleeding somewhat, the US giant is trying to claw its way up. The last few months had been an indication and if the recently CES (Consumer Electronic Show) proves anything it is the fact that Motorola is ready to show its mettle. It is in this Las Vegas event where we got a demo of its newest offering, the Motorola Atrix 4G that is being hyped as “the world’s most powerful smartphone”. And we will share with you what little we could see. 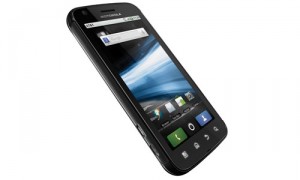 Designwise, Atrix is not a pathbreaker. It sports a candy bar form factor that is so common these days. Attractive, yet, it sure is! The chassis measures a neat 117.8 x 63.5 x 10.1 mm which means it is going to be one of the leanest phones in the coming days. At 136 gms, it is pretty lightweight too.

Beneath the 4 inch Motorola Atrix 4G display lies four touch-responsive buttons like Menu, Home, Back and Search. There are usual convenience keys like volume rocker and camera button along with headphone jack, USB slot, microUSD slot and charging point in the edges. There are two cameras, one at the front and another at the rear.

The TFT capacitive Motorola Atrix 4G screen is touch-responsive and sports a 540 X 960 pixel resolution capability. It can show 16 million colors which indicates it is going to be sharp and bright. We just loved the screen brightness and the amazing gorilla glass display is pure smooth stuff! The display is enabled with Biometric finger reader, multi-touch input method, proximity sensor and accelerometer sensor. There are touch sensitive controls. Turn it on and the Motoblur UI will just amaze you. It can be customized with live widgets for a more well-rounded experience.

In Motorola Atrix 4G QWERTY keyboard is missing but there is a virtual touch keyboard that promises to make up well for the absence. There is predictive text input which is supposed to facilitate typing.

The Motorola Atrix 4G phone is powered by a 1 GB RAM is paired with 16 GB ROM. This storage capacity should be enough for average users but you can still increase it to up to 48 GB with memory cards. The Motorola Atrix 4G proccessor is a powerful 1 GHz Dual-core ARM Cortex-A9 and its high-tech Tegra 2 chipset has already become a talking point among gadget aficionados. We hope the performance to be nothing short of lightning fast.

What makes Atrix unique is the fact that it comes with docking stations. Motorola is launching two companion docks for Atrix, a laptop dock and a multimedia dock. Snap the phone onto the laptop dock and your smartphone will immediately be transformed into an 11.6 inch netbook complete with a regular keyboard, trackpad and all that you can think of. This lets you enjoy working with all the content of your smartphone in a bigger, better manner.

Communication promises to be seamless with the Atrix 4G. There is GPRS, EDGE, 3G and WIFI to take care of surfing. We heard Atrix is capable of providing 5.76 Mbps speed in HSUPA and an amazing 14.4 Mbps in HSDPA. A perfect solution for 3G hotspot needs. But we need to see how it fares actually. There is one HTML browser. Motorola did not mention about the 4G capability and we only got to know that it would provide “2X faster speed”. This was probably because Atrix will also hit many non-US countries which lack 4G support.

There is Bluetooth 2.1 and microUSB 2.0 to help you sync your smartphone to other mobiles and computers. The phone lacks infrared capability.

Social networkers will be pleased with the many social applications that come with this baby. There are dedicated Twitter, Facebook and Myspace apps that let you access your favorite social sites with a single click.

As far as multimedia capability goes, Atrix is right up there with the best. The main 5MP Motorola Atrix 4G camera is equipped with LED flash and autofocus and can shoot images at a 2592Ñ…1944 pixel resolution. You can geo-tag the photos and opt for image stabilization as you shoot pictures.

The secondary camera is for video conference calls. It can capture videos in 720p@30fps. The Motorola Atrix 4G video quality is 1080p and can be recorded in VGA. The phone supports playing a large number of video formats like WMV, H.263, H.264, DivX, XVid and MP4 in 1080p@30fps. In Motorola Atrix 4G YouTube application is also there to let users enjoy their favorite HD videos online.

Motorola Atrix 4G audio performance looks to be cool as well. The onboard audio player supports varied audio file formats like MP3, eAAC+, WMA and WAV. We can’t to wait to find out how great the audio output actually is. There is also a Stereo FM Radio with RDS for those who love to listen to music on air.

There are several preloaded games in the phone that you can enjoy. There is also the option to load more games into your Atrix. The phone supports Java games. 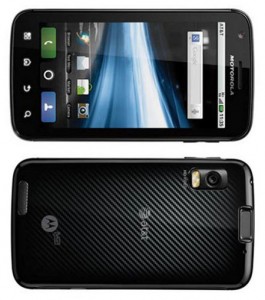 Basic functionalities seem to be fluid in the Atrix. There is active noise cancellation with a dedicated mike here which means call quality should be excellent. The 16 GB internal storage means there is practically unlimited support for call records and entries even without memory extension. There is the usual SMS, MMS, IM, Email and Push mail support which should be enough for the average Joe. It remains to be seen how the phone fares in actuality.

An official declaration about the package content is still unavailable. But we heard that the phone will come with a Motorola Atrix 4G laptop dock. Expect a standard charger, headset, USB cable and a manual to round off the list of other add-ons for the device. There is, of course, the battery included too.

A 1930 mAh Lithium Ion battery drives all operations in the Atrix. The talk time is reportedly up to 9 hrs. Stand-by time is said to last up to 250 hours.

Whether it is the most powerful smartphone or not, only time will tell. Whereas the first look is concerned, the Atrix appears to push the boundaries of modern smartphones. Only about a month remains to find out if the Motorola Atrix 4G smartphone is really worth the wait. Do not forget reading our Motorola Atrix 4G review before you actually make a dash for the phone.