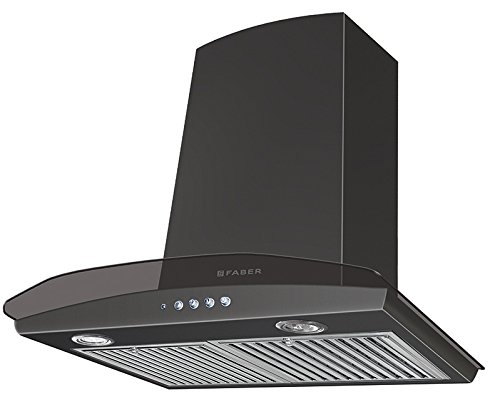 Indian kitchen is all about oil, grease, butter, and smoke. The spicy and oily food is enough to muck up your kitchen walls, ceiling, and the smoke will make you cough so much that you will gasp so for breath. Tasty food is one thing but the cleaning part, later on, becomes a big headache especially for homemakers. To prevent such mess you can install electric kitchen chimneys.

These chimneys will suck out the smoke-filled with oil and spicy grime that will make your kitchen look dirty. Different types of chimneys are available which will not only keep the kitchen clean but also make it look stylish as well. To know which are the best kitchen chimneys for your kitchen, just have a look at our list given below.

Faber is a popular name when it comes to kitchen appliances, particularly electric chimneys. This black-colored chimney looks beautiful with its curved body, giving an elegant appearance to the kitchen. It has a 3 layered baffle filter which is designed keeping in mind the oily Indian cooking conditions. The body is made of stainless steel with a black powder coating that lasts a lifetime.

The baffle filters are aluminum cassette shaped which helps in separating the oil, vapor, spices, and smoke by collecting them inside the filter along with extracting the odor. The powerful motor of the chimney has a superb suction power that efficiently throws the dirty air out of the kitchen via the exhaust hose minimizing smoke, fumes, and grease formation in the kitchen. The chimney allows you to cook without disturbance by creating less amount of noise. The LED lights of the appliance evenly illume your cooking area. Operating it is simple with a 3-speed push button which also includes one light button on the control panel.

Hindware has risen as one of the best chimney brands in India in recent times. Its 90 cm 1200 m3/h chimney delivers a satisfying performance with its powerful motors that sucks out the oil-based smoke and fumes out of your kitchen, thereby helping you to keep it clean. The baffle filter cassette helps in collecting and locking the oil inside it, allowing free movement of air. You also don’t need to worry much about its cleaning part since it has got the feature of Thermal Auto Cleaning. It automatically cleans the oil and residuals trapped in the motor just at the touch of a single button. The soft-touch control allows you to operate the device easily.

Even though the motor is powerful, it is energy efficient and consumes less amount of power. The futuristic design of the chimney is quite appealing which beautify your kitchen interiors as well. With all these smart features, it is definitely one of the best chimneys for your home.

This chimney from the house of Elica is an efficient device that will save you from the hazard of smoke and oil deposition in your kitchen. The curvy design is beautiful which will look spectacular with your modular kitchen interiors. The motor of the chimney is both powerful and energy-efficient which cleaning the air by sucking out the oil-based smoke from your kitchen.

The baffle filter locks the oil in the collector bowls which makes cleaning and airflow of the chimney easy. The push-button panel helps in operating the appliance in a convenient way. There are two inbuilt LED lamps provided with the chimney which will light up your cooking area.

This chimney looks more like a LED TV set but is a brilliant appliance for your kitchen. The innovative design of the chimney will surely look classy in your kitchen. It has got a metal layered cassette filter that enhances the purification of your kitchen air by trapping the oil in the smoke for a smooth flow of air. The powerful 1100 (m3/h) motor’s suction force doesn’t let the smoke bother you at all by throwing it out completely through the vent.

The chimney comes in a compact dimension, thereby consuming less space for installation. The LED lamps help in the lighting of the kitchen as well which makes your cooking experience more exciting. It has a touch control panel with LED indicators which makes it easy to operate the chimney. It also goes easy on your pocket as its power consumption is low thus cutting down your electricity bill.

This chimney has simpler looks than the rest but its performance is power-packed. It has got a powerful suction motor with a capacity of 750 m3/hr which can clear the annoying oil and spice-filled smoke out of your kitchen. The inbuilt LED lights of the chimney make sure that your kitchen is illuminated and you can cook your food without any trouble.

The metallic finish of the body looks appealing which helps in enhancing your kitchen’s overall appearance. The baffle filters trap the oil in its bowls so that it does not affect the suction motor. It also has Thermal Overload Protector which prevents any harm to the chimney caused due to overheating or overloading.

These are some of the best chimneys that you can buy that will not only help in keeping the hygiene of your kitchen but will also give relief from the annoying oily smoke. They are both powerful as well as economical since they suck out the unwanted smoke without consuming a hefty amount of power. So if you are searching for a chimney for your home, these are the best bets you can opt for. 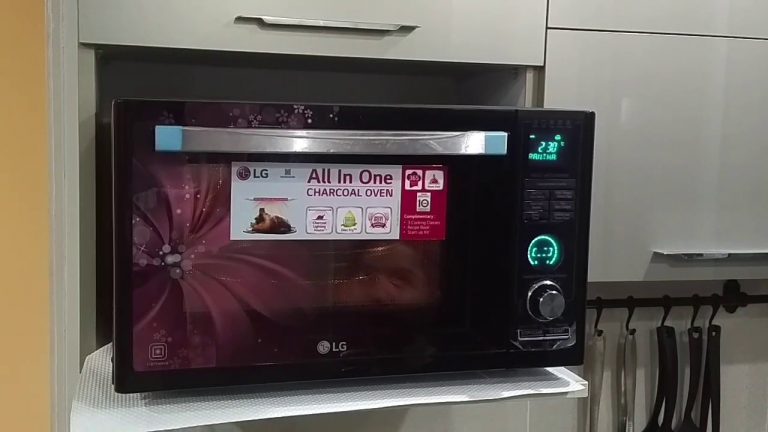 The microwave oven is rapidly becoming a regular appliance of every household. This electronic device eases the troubles of cooking and heating the food, and it can prepare your supper within few minutes. Microwaves have evolved as the most useful gadget especially for housewives as they can try out new recipes and quickly reheat the… 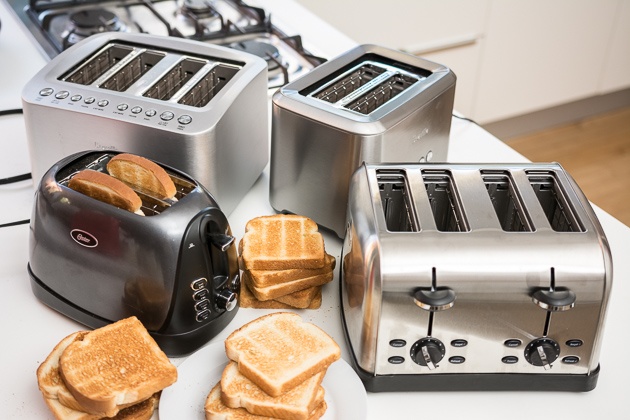 Breakfast is the most important meal to start your day and usually crunchy bread toast with tea is preferred. To make crispy bread toasts in the morning breakfast, an electric bread toaster can be extremely useful. There are many toasters available online which you can buy, but you need to know which is best suitable… 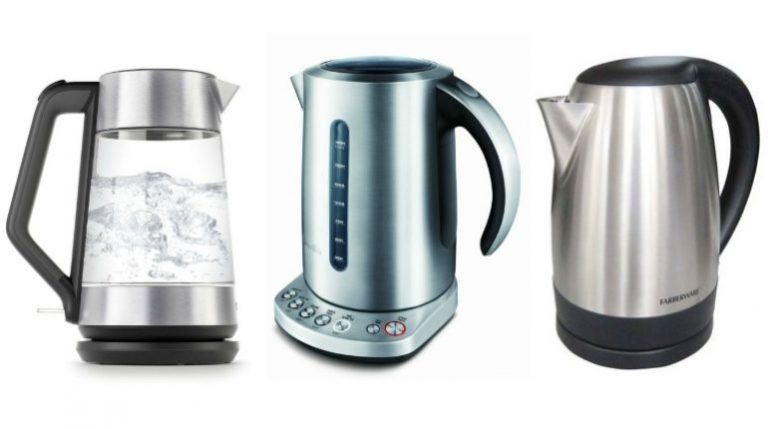 Tea and coffee addicts can be found in every home and office who gulps down gallons of these hot beverages. For them, an electric kettle will be an ideal gadget that will help them to make tea or coffee without taking the trouble of turning on the stove. These electric kettles are portable and can… 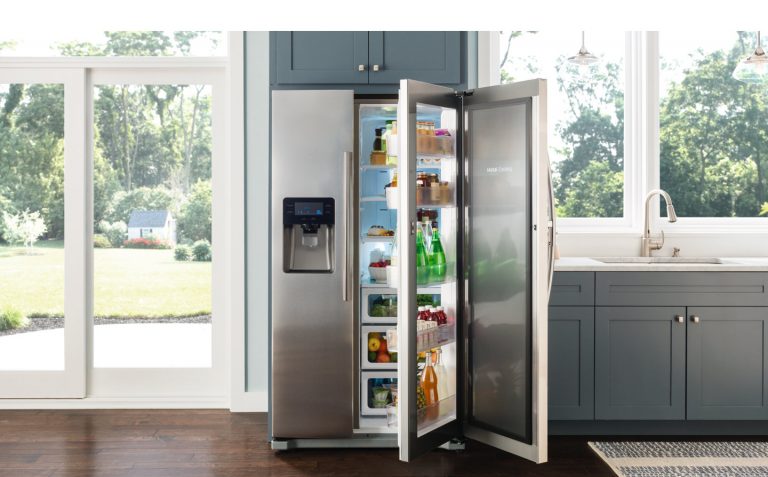 If you have a big family and need a large refrigerator that can accommodate ample food items, then a side-by-side door refrigerator is suitable for you. They are more spacious than the standard double door refrigerator, allowing you to store plenty of food and beverages in the fridge. In case your next shopping list includes… 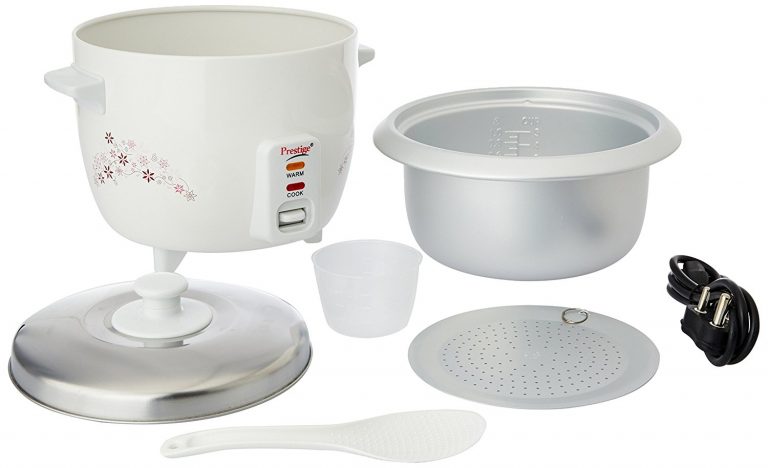 Summertime is an unbearable season in India as the temperature soars so much that it nearly breaks the mercury barometer. The heat scorches you, and the irritating humidity sweats you out of your entire body fluid. In such a condition, an air cooler becomes a useful gadget to cool down the things inside the house….