Search engine giant Google is shutting down its service – Google Video. This weekend Google has said that it is closing down the 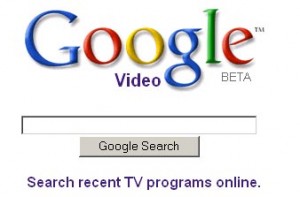 aforementioned service. Bearing in mind the fact, the Youtube, owned by Google is the most popular video sharing site, closure of Google Video is not much of a surprise. January figures of comScore say that Youtube has more than 144 million unique viewers per month. Notably a few years ago, Google also stopped accepting uploading of videos to Google Video.

Meanwhile Google is asking its users, who have content in Google Video to move it over to Youtube. In an email sent to users of Google Video, Google has said that later this month video contents in Google video will not be played. The email further stated that Google video which has discontinued taking uploads since May 2009 are also removing the remaining hosted content. From April 29, videos uploaded in the site cannot be played.

A download button has been provided on the video status page via which users can save the content of their choice. However, this too would be removed after May 13. Google is also focusing on Youtube and according to a recent report it is aiming to invest $ 100 million to generate original content for it.

These days I’m almost seeing a new feature added to Gmail everyday. Today Google added a new feature to Gmail which will enable you to add your location in the Gmail signature. A location string is attached to your current signature after you enable this feature. This feature will be very useful for people who…

Recently I got a mail saying “Gmail Account Suspended Notice“. I was really shocked to see the mail as I have got very important data in my account and more over I wouldn’t be able to change my email at all other services. My life would really become very miserable if my Gmail account is…