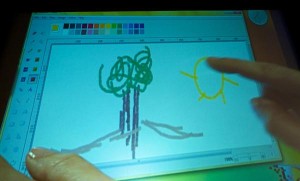 The new version will include pervasive multi-touch functionality. This new technology will help the users control touch screen-based PCs with their fingers. It will also include a new version of Windows Explorer. It may also include “Hypervisor” (Windows Virtualization) and WinFS (Windows Future Storage) technologies. The final Windows 7 version will shipped in both 32-bit and 64-bit versions. So I feel the Newer version of Windows 7 will be Easier, More secure, Better connected and Lower Cost. 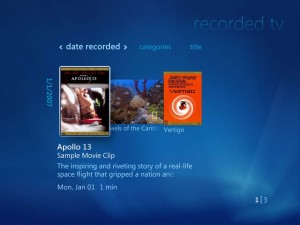 Though reportedly Microsoft has scheduled to hint about and even show case its new product Windows 7 at itâ€™s yet to come conferences does imply to have some its specimens to be available for distribution. Professional Developers Conference (PDC) planned in October and the November month event Windows hardware engineers conference and the he most of the Stakeholders part of its development expected to have glimpses but it has been cleared from the internal sources interested to be anonymous had said that the Windows 7 will no way be out in all cases until December. Some of the testers were already on it to evaluate and the Company has come up with two milestones M titled builds called M1, M2 and even interim updates.

In addition M3 is supposed to be in the final stages. A preview for the community is assumed to might happen before the beta release. This will be for the private testers only a week before the Christmas. All the testers who feel to have the potential will need to sign up at the Microsoft site. The officials said will be accepting feedback once it is released and subsequently the final will be released with in one year maximum from that of beta release so it is targeted to be 2009. It feels the release to be first of its kind and critical for its sales. Let us see whether duration of less than a year will be quite enough for them to have Beta tested and evaluated for the final release.

Are you someone who is constantly bugged by harassing prank calls? Do you feel the need to know who is at the other end of the phone to ensure safety for yourself and your family? A Reverse Phone Search is then just what you need.

There are many interesting and innovative features coming in the latest version of Windows, Windows 7. Many people are really eager to know more about the new OS, though the release date is very far from now. I have seen people creating Windows 7 Wallpapers, Windows 7 Screensavers, Windows 7 Themes and many others. So…

It is really very difficult to work with colors. For professionals it is really a difficult task to get the accurate colors from the screen to the print. So if you are also working on colors and are looking for a software which will help you with centralized Control Panel interface for managing ICC color…

Now you can Legally Rip your DVD’s to your HardDisk.

Most users of Dell systems and accessories must have fretted over very poor driver management options. A recurring issue with Dell systems is that they come with additional drivers which are not properly patched to the Registry. Acpi smo8800 is a ST Microelectronics Free Fall Sensor driver which fails to update itself by default and…