Leading electronics giant Sony rolls out its new CMOS sensor based Cyber Shot DSC-TX1Â compact camera. Sony’s compact cameras generally have a poor low-light performance, but this scenario is about to change with the all new TX1.

After Fujifilm and Samsung, we will see Sony making use of high quality and high speed CMOS sensors. The new Cyber Shot TX1 comes with a new Exmor R 10.2-mega pixel back-illuminated CMOS sensor, that claims to be twice as sensitive as a traditional CMOS sensor with a reduction of 50 per cent in noise. It would be perfect for all the nocturnal beasts like party goers, night clubbers, and all those who love to hang out and click pics in the night.

To further improve the image quality, this Sony master piece combines the Exmor R technology with hand-held twilight and anti-motion blur modes which delivers a great result in low-light photography. This will now enable the photographers to capture images of stunning detail and low noise without a flash or a tripod.

DSC-TX1 camera has a resolution of 10.2-mega pixel and boasts of 4x Carl Zeiss Vario-Tesar optical zoom. It also features a 3 inch touch screen and ability to capture HD videos at 30 frames per sec at 720p. The TX1 also features a new pet mode which stops the eyes from looking hellishly red, along with Sonyâ€™s BIONZ processor, Smile Recognition, Anti-Blur and Multi-Shot modes.

The TX1 digital camera is just 14.1mm thick and has a 3″ Clear Photo Plus LCD touchscreen with new easy to use touch interface. It flaunts a stylish design similarÂ to otherÂ Sony T series camerasÂ including the Sony T90. It will be available in Silver, Gray, Pink and Blue colours. 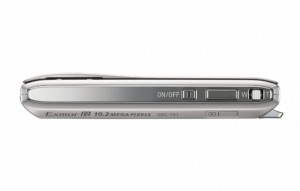 This new camera also includes Sonyâ€™s Sweep Panorama and 10 frames per second Burst Shooting features, which were introduced first in the Sony DSC-HX1 camera. It is as easy as “press and sweep” to capture a wide angle landscape image. Sweep Panorama mode goes beyond the traditional wide-angle lens and captures breathtaking stills. The high-speed Exmor R CMOS sensor allows the camera to shoot continuously while you sweep across the scene. It then uses the BIONZ imaging processor to automatically stitch the pictures together, delivering a stunning panoramic photo instantly.

With an elegant appeal and mind blowing capabilities & performance,Â itÂ is a great choice for your next camera. The Cyber Shot is compatible with an optional dock that can pivot and tilt the camera and can take photos automatically by detecting smiling faces. 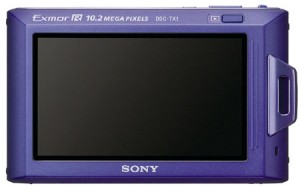 The Sony DSC-TX1 will be rolled out this September, priced at around $380.

In the news is the Dell Inspiron the Mini 9 model which is available for sale on its website and for Europe it is Vodafone that is going to be the seller of Mini. The Dellâ€™s decision was mainly influenced with an intention to be in the game with its rivals like ASUS by this…

A camera for the underwater fun. Yes, it is a 5MP digital underwater camera and of course it is an ideal choice for all those who love underwater fun and also love to capture it without investing much on cameras. This gadget called â€œUnderwater 5MP Digital Cameraâ€ is the best choice because it is highly…

Nokia N85, the latest Nokia Nseries multimedia cell phone was unveiled by Nokia. New standards for mobile entertainment, gaming and sharing are set by N85. The Nokia N85 cell phone redefines the mobile experience by the eye-catching 2.6â€³ OLED screen and smooth, sleek finish. There are several features supported in this one mobile device N85….

Puzzled with lots of options in the market on which mouse to use since it is now the most frequently used part of your PC. I have something that will sort the things out perfect almost. One such option recommended is Logitech v320 Cordless optical mouse which will definitely meet your expectations and worthy too…

It seems that Apple is starting to catch up on the backlog of demand for the Apple iPhone 3G, at long last; well in the United States anyway. According to the information given by analyst Ben Reitzes of Lehman Brothers, they had revealed that within a short span all US Apple retail stores had 16GB…