Portable computing was redefined when Apple came up with Macbook Pro in 2006. Now the American multinational has tried to redefine speed by coming out with new Macbook Pro 2011 models. The next generation Macbook pro 2011 boasts of some really cool features which was absent in the previous gen Macbooks and the benchmark results of future Macbook Pro 2011 have been satisfactory. Read on the Macbook Pro 2011 review to know what the devices have in store for you.

All the models of next gen Macbook Pro 2011 are integrated with Intel’s HD 3000 graphics. However, the 15 and the 17 inches model generate extra additional graphics horsepower from either AMD Radeon HD 6490M or AMD Radeon HD 6750M. 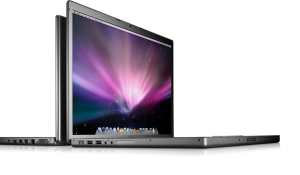 The new Macbook Pro 2011 thunderbolt consists of a couple of 13 inches and 15 inches model while one 17 inch model.

During Macbook Pro 2011 unboxing we found the device to be equipped with standard accessories such as power adapter, AC wall plugs, display cleaning cloth, power lead, software DVDs user guide and the machine itself. The user guide will help you to better utilize the device.

Next Macbook Pro 2011 prices vary from model to model and region to region. Macbook Pro 2011 offers a great combination of value and performance in a solid design. With faster processors, better graphics and hyper threading speed apps, Apple has made Macbook Pro even more of a lucrative. The devices have a host of new elements within it and with all the features included, the devices will surely be one of the most sought after laptops in the markets across the globe.

If you are looking for a business laptop equipped with cutting edge features, then you can Sony Vaio’s F series of laptops will surly attract you towards itself. The F series of laptops by Sony are now up for pre-sales and Sony has left no stone unturned to ensure that the laptops give top-notch performance.

Japanese multinational conglomerate Toshiba has unveiled its updated L-series and P-series of laptops which aims to further enrich users experience with Toshiba’s products. Users will get to choose from three screen sizes from the L-series of laptops. L-series will offer L735 (13.3″), L755 and L755D (15.5″) and L755 (17.3″) all of which will feature Trubright…

Are you someone who works in outdoors in tough situations? If yes, then you need to a machine which can bear the heat and the hazards of an industrial environment. Dell Latitude E6420 XFR is one laptop which has been designed to withstand tough situations at ease. This fully rugged notebook can withstand drops from…

Sony VAIO VPCF12AFM/H laptop is one of the sturdiest laptop available in the market. The laptop is equipped with Blu-ray as well as basic graphics options. The keyboard of the laptop is well spread out and is smooth to operate. Navigation is quite smooth and fast and the keys of the laptop look pretty much…

Best Allpurpose Laptops This is the age of laptops and notebooks. Yes, netbook has also taken a share in the market. Today we bring for you all the top 5 notebooks in the market. Here they are. The prices are at the time of review. Please check the current price from your dealer or from…

Chinese laptop manufacturer Lenovo is known to create powerful and ultra portables laptops and Lenovo IdeaPad U260 is one of the most powerful machines equipped with solid specs and features. The design of the machine is one of its major hallmarks. The magnesium-aluminum alloy gives the laptop a cool and elegant look and the laptop…