These days everyone is talking about the upcoming versions of the Apple iPhone. There are many rumors which tell us that the Next-Gen iPhone will have faster Internet Speeds(AAPL), Increased Graphic and Processor power, Video Recording, Higher Megapixel Camera and many more. Even I feel that the current generation iPhone lacks many features and there are good chances that Apple can gain a major market share if they can implement some of these features. 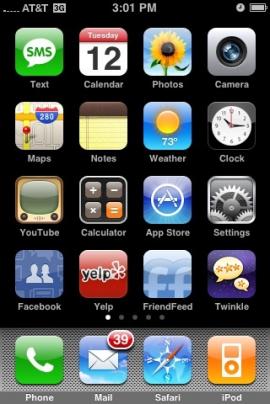 The faster internet speeds in the next generation of iPhones will attract many mobile Internet users. The faster speeds may be because of the WiFi upgrade to 802.11n from its current 802.11g/b or because of the faster 3G chips which will make use of the AT&T’s upgraded 3G network(Provides upto 7.2 Mbps Speeds) which will be coming very soon. Apart from the faster Internet Speeds there are chances that the Next Gen iPhone will have a higher quality camera and video recording capabilities. Moreover Apple might be building a Movie Recorder app for the coming iPhones. Totally all these features will definitely attract many more mobile customers to go for Apple iPhone.