Good news for Apple iPhone users, next year you will see two new; rather say great applications. The two applications are the popular “Friends Reunited” and a “Spin-Off Dating Service” site, which will be launched by ITV on the Apple iPhone. 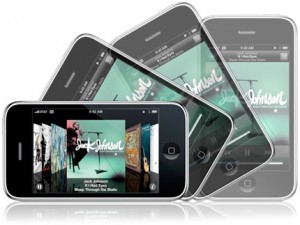 According to Melissa Goodwin, controller of mobile for ITV “Research has stated that 67 percent of iPhone users are men. It was further added by her that the services that include sports and things like the latest football scores would be focused by the application”. The application will focus on Videos, Music, Wallpapers, Clips and Simulcasts.

ITVâ€™s Goodwin further added that â€œItâ€™s about choice and convenience for the consumer,â€ and that all sorts of touch points for the iPhone such as simulcasts, wallpapers and video are been tried out. To try all different formats and learn what works best for the content and brand is the strategy of the broadcaster.

Top Accessories to Enrich your Apple iPhone Experience What ever may be the latest sensation in the market, it fails to snap the lime light from any of the three Apple iPhones. Undoubtedly, the iPhone has been the most successful and most talked about product we have seen till date, and the hype around it…

One of the features which is missing in the iPhone is that it lacks integrated support for MMS. If you are used to using MMS then it can be painful for you. The iPhoneâ€™s built-in support for email can be used to work around this lack of functionality to send and receive picture messages and…

Do you want to unlock the iPhone 3G? Yes it can be unlocked, it is the true and you arenâ€™t dreaming. The release of iPhone 3G hasnâ€™t been quite long, but with its major popularity and growing demand, also comes the need to settle for the available cellphone carriers. Until a solution for the iPhone…

Many people use iPod’s. If you are looking for a freeware to manage your iPod then you can try YamiPod – Yet Another iPod Manager. YamiPod is a free utility to manage your iPod without using iTunes. The latest version of YamiPod supports iPod classic and Nano 3G. With YamiPod you can easily transfer your…