Almost a year after being launched worldwide, iPhone4 has finally been launched in India. Telecom carriers Aircel and Airtel have 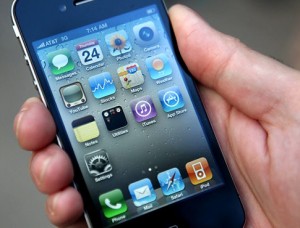 launched the phone. While the 16GB model can be snapped for Rs 34,500, the 32GB can be purchased for Rs 40,900. Aircel is offering 100% value back to its iPhone users via two plans namely Advantage Money Back Plan and Premium Money Back Plan.

Under the Advantage Money Back Plan, postpaid users of the phone can enjoy 50% of the value of the handset, while customers opting for Premium Money Back plan can enjoy 100% money back cover for a period of 2 years.Â  Aircel users can also use 1GB free 3G data following which they will be transferred automatically to the 2G data plan for which they will be charged at 10paise/KB.

iPhone 4 boasts of 3.5 inches Retina display and uses iOS 4 as its OS. Unlike the previous versions, iPhone 4 has a 5 MP camera and there is also a front VGA camera which supports video calling. Connectivity in the device is strengthened by the presence of Wi-Fi, Bluetooth, GPS and HDMI.